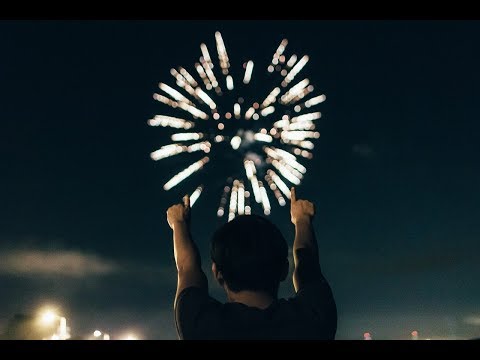 Among the more frequently mentioned G+ alternatives at the Google+ Mass Migration community, and others, is MeWe with over 250 mentions. The site bills itself as "The Next-Gen Social Network" and the "anti-Facebook": "No Ads, No Political Bias, No Spyware. NO BS. It is headed by professed Libertarian CEO Mark Weinstein.
As the site reveals no public user-generated content to non-members, it's necessary to create an account in order to get a full impression. I thought I'd provide an overview based on recent explorations.
This report leads of with background on the company, though readers may find the report and analysis of specific groups on the site of interest.

MeWe is the dba of Sgrouples, a private for-profit early-stage venture company based in Los Angeles, though with a Mountain View HQ and mailing address, 11-50 employees, with $10m in funding over five rounds, and a $20m valuation as of 2016.
Sgrouples, Inc., dba MeWe Trust & Safety - Legal Policy c/o Fenwick West 801 California Street Mountain View, CA 94041
Crunchbase Profile.
Founded: 2012 (source)
Secured $1.2M in seed funding in 2014.
2016 valuation: $20m (source]
Backers:
Despite the business address, the company claims to be based in Los Angeles County, California and is described by the Los Angeles Business Journal as a Culver City, CA, company.


Do you have friends still on Facebook? Share this link with them about Facebook wanting their banking information - tell them to move to MeWe now! No Ads. No Spyware. No Political Agenda. No Bias Algorithms. No Shadow Banning. No Facial Recognition.


MeWe provide several policy-related links on the site:
Highlights of these follow.

This emphasises that people are social cratures and private people by right. The service offers the power of self expression under an umbrella of safety. It notes that our innermost thoughts require privacy.
Under "We aspire...":


MeWe is here to empower and enrich your world. We challenge the status quo by making privacy, respect, and safety the foundations of an innovatively designed, easy-to-use social experience.

A ten-item statement of principles (possibly inspired by another document, it might appear):

There are a few mentions of MeWe in the press, some listed on the company's website, others via web search.

The following articles are linked directly from MeWe's Press page:
The page also lists a "Privacy Revolution Required Reading" list of 20 articles all addressing Facebook privacy gaffes in the mainstream press (Wired, TechCrunch, Fortune, Gizmodo, The Guardian, etc.).
There are further self-reported mentions in several of the company's PR releases over the years.

A DuckDuckGo search produces several other press mentions, including:

This section is a basic rundown of the user-visible site technology.

The site is not natively accessible from a mobile Web browser as it is overlayed with a promotion for the mobile application instead. Selecting "Desktop View" in most mobile browsers should allow browser-based access.

There are both Android and iOS apps for MeWe. I've used neither of these, though the App store entries note:
Crunchbase cites 209,220 mobile downloads over the past 30 days (via Apptopia), an 80.78% monthly growth rate, from Google Play.

Either selecting "View Desktop" or navigating with a Desktop browser to https://www.mewe.com your are presented with a registration screen, with the "About", "Privacy Bill of Rights", "MeWe Challenge", and a language selector across the top of the page. Information requested are first and last name, phone or email, and a password. Pseudonymous identities are permitted, though this isn't noted on the login screen. Returning members can use the "Member Log In" button.
The uMatrix Firefox extension reveals no third-party content: all page elements are served from mewe.com, img.mewe.com, cdn.mewe.com, or ws.mewe.com. (In subsequent browsing, you may find third-party plugins from, for example, YouTube, for videos, or Giphy, for animated GIFs.)
The web front-end is nginx. The site uses SSL v3, issued by DigiCert Inc. to Sgrouples, Inc.

The onboarding experience is stark. There is no default content presented. A set of unidentified icons spans the top of the screen, these turn out to be Home, Chats, Groups, Pages, and Events. New users have to, somehow, find groups or people to connect with, and there's little guidance as to how to do this.

Generally there is a three panel view, with left- and right-hand sidebars of largely navigational or status information, and a central panel with main content. There are also pop-up elements for chats, an omnipresent feature of the site.
Controls display labels on some devices and/or resolutions. Controls do not provide tooltips for navigational aid.

Among the touted features of MeWe are:

A key aspect of any social network is its community. Some of the available or ascertained information on this follows.

Weinstein claims a "million+ following inside MeWe.com" on Twitter.
The largest visible groups appear to have a maximum of around 15,000 members , for "Awesome gifs". "Clean Comedy" rates 13,350, and the largest open political groups, 11,000+ members.
This compares to Google+ which has a staggering, though Android-registrations-inflated 3.3 billion profiles, and 7.9 million communities, though the largest of these come in at under 10 million members. It's likely that MeWe's membership is on the whole more more active than Google+'s, where generally-visible posting activity was limited to just over 9% of all profiles, and the active user base was well under 1% of the total nominal population.

MeWe is principally a group-oriented discussion site -- interactions take place either between individuals or within group contexts. Virtually all discovery is group-oriented. The selection and dynamics of groups on the site will likely strongly affect user experience, so exploring the available groups and their characteristics is of interest.
"MeWe has over 60,000 open groups" according to its FAQ.
The Open groups -- visible to any registered MeWe user, though not to the general public Web -- are browsable, though sections and topics must be expanded to view the contents: an overview isn't immediately accessible. We provide a taste here.
A selection of ten featured topics spans the top of the browser. As I view these, they are:
Specific groups may appear in multiple categories.
The top Groups within these topics have, variously, 15,482, 7,738, 15,482 (dupe), 7,745, 8,223, 8,220, 1,713, 9,527, 2,716, and 1,516 members. Listings scroll at length -- the Music topic has 234 Groups, ranging in size from 5 to 5,738 members, with a median of 59, mean of 311.4, and a 90%ile of 743.5.
Below this is a grid of topics, 122 in all, ranging from Activism to Wellness, and including among them. A selected sample of these topics, with top groups listed members in (parens), follows:
To be clear: whilst I've not included every topic, I've sampled a majority of them above, and listed not an arbitrary selection, but the top few Groups under each topic.

The Google Plus expats group seems the most active of these by far.

It's curious that MeWe make a specific point in their FAQ that:


At MeWe we have absolutely no political agenda and we have a very straightforward Terms of Service. MeWe is for all law-abiding people everywhere in the world, regardless of political, ethnic, religious, sexual, and other preferences.


There are 403 political groups on MeWe. I won't list them all here, but the first 100 or so give a pretty clear idea of flavour. Again, membership is in (parentheses). Note that half the total political Groups memberships are in the first 21 groups listed here, the first 6 are 25% of the total.
It seems there is relatively little representation from the left wing, or even the centre, of the political spectrum. A case-insensitive match for "liberal" turns up:
Mainstream political parties are little represented, though again, the balance seems skewed searching on "(democrat|republic|gop)":
The terms "left" and "right" provide a few matches, not all strictly political-axis aligned:
Socialism and Communism also warrant a few mentions:
And there are some references to green, laboulabor parties:

Whilst there may not be a political agenda, there does appear to be at least a slight political bias to the site. And a distinctive skew on many other topical subjects.
Those seeking new homes online may wish to take this into account.

Alexus Security. All the latest on Forex, Binary, Precious Metals and Bitcoin Coinbase has scheduled its first-ever investor day on Aug. 14, amid rumors that the crypto exchange is exploring a public stock listing. It is unclear, however, whether the virtual event is related to the rumored efforts to go public. A spokesperson confirmed the meeting is coming but said it was meant simply “to facilitate a 21 Inc Stock. A bitcoin miner in every device and in every hand. About 21 Inc Stock . 21 Inc is a Bitcoin mining pool. It is working on specially designed chips that will drive new equipment specifically aimed at doing this more efficiently. Investors. Andreessen Horowitz. Lyft, Airbnb, Magic Leap, Instacart, Stripe, Robinhood, Pinterest, Slack, Rappi, Dollar Shave Club. Avant Global. 21 Inc ... The case for Slack. Slack's business can be described simply as a messaging platform that's an email replacement, but it's much more than that. It integrates with over 2,000 other software tools ... The Slack IPO, one of 2019’s most hotly-anticipated public offerings, is officially in motion. The widely used business productivity company announced today that it has filed for a direct listing. It is seeking this arrangement on US stock exchanges with a $10 billion valuation. In private funding, the company has raised around $1 billion over 8 rounds, according to Crunchbase. Slack IPO ...

Bitcoin Crashing My Life Is Over!

I would never buy Bitcoin. It's not an investment, it's gambling. and it's too volatile to be a currency. Sign up to our free weekly market roundup here http... Darmowa rejestracja portfela BTC - https://affiliate.bitbay.net/15569 Kiedy bitcoin podlega realnym podatkom? http://podatki.gazetaprawna.pl/artykuly/728617,... Onecoin promised the world, but only proved to be a trail of destruction. --- About ColdFusion --- ColdFusion is an Australian based online media company ind... 21:25 Tom Brady NFL Shield Game Worn 1 & 2 📦🔥 Premium Hot Packs Case Breakers Series 2 - Player Breaks - Duration: 38:01. HHTwinBreaks High End Hot Packs Recommended for you 4.Phony Bitcoin Rip-off - My Large Coin. A traditional (yet know much less uncertain) rip-off entailing bitcoin and also cryptocurrency are just, well, fake currency. One such arbiter of this faux ...